Hello to all from the east side of the state can you believe how the time and days are going by. The convention has come and gone and I thank you for a great convention.

With time going by so fast I would like to take this opportunity to invite you to the Union Fire Protection District’s 125 year celebration in July. Mark your calendar.

On July 18, 2015 Union Fire will celebrate its 125th anniversary of providing organized fire service to the Union area. As far back as 1874 city records indicate two alderman were appointed to procure fire hooks and see that hooks and such equipment remain in the city house unless to be used for a fire. Early in 1890 a fire in the courthouse caused a city alderman to establish the organized fire company by ordinance in July of 1890. Then as a city department in 1902 and finally as a selfgoverning fire district in 1971. Today the Union Fire Protection District provides fire protection to the Union community through education, enforcement, and suppression. The district’s geographical boundaries consist of 96 square miles in the heart of Franklin County to include the City of Union and the surrounding unincorporated area.

Fire District members are looking forward to the various activities and community interaction planned for the day. “Not only is this a day to identify our 125 years of service it is also an opportunity for the fire district to say thank you to the Union community for the support they have given us through the years” says Fire Chief Russell Hamilton.

The day will begin with a morning parade down Main Street consisting of fire trucks from neighboring agencies and is open for public floats or entries. The parade will end at the courthouse square where parade entries will be on static display. Citizens will have an opportunity to get a close look at both modern and antique fire engines. Firefighter games will be held and this event will be open to any area organization wanting to experience some of the skills firefighter’s use. The evening will end with a banquet held at the city auditorium to include a review of the last 125 years and the opportunity for fellowship among the current and past members.

For additional information please call the fire district at 636-583-2515 or visit www.unionfd.org, or visit us on facebook 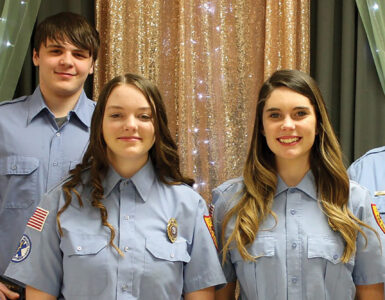